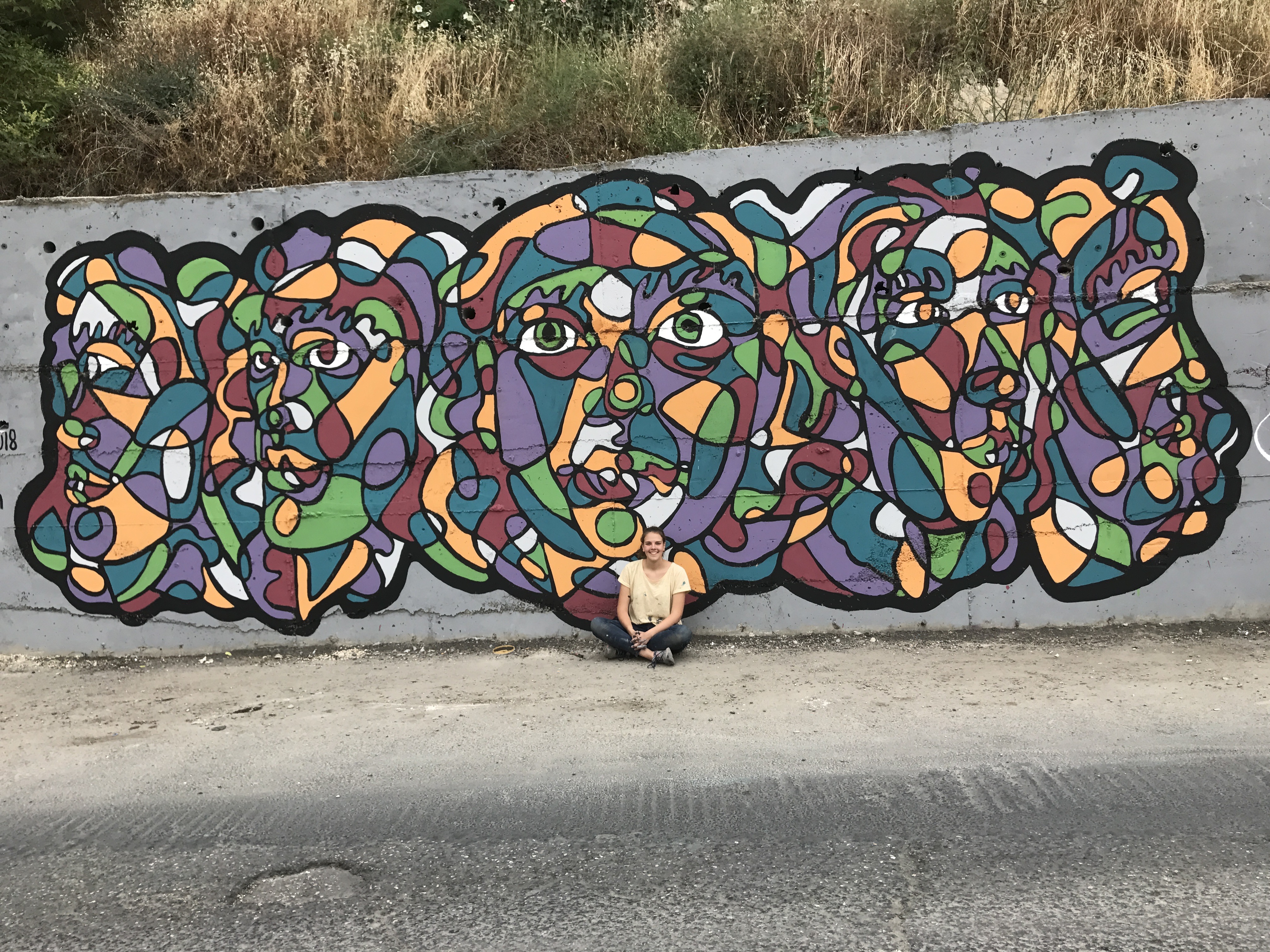 Editor’s Note: Part of Phoebe Rossman’s bedroom in her Charlottesville, Virginia home is dedicated solely to her paintings. Phoebe also sketches, faces mostly, working with water colors, ink, acrylics, even embroidery. Art is her greatest passion. Last year, as she prepared to study abroad in Amman, Jordan through the Kennedy-Lugar Youth Exchange and Study Abroad program, she thought she was leaving her art behind. She wanted to fully commit to studying the language, connecting with the culture, and immersing herself in the experience. It turned out, she didn’t have to leave it behind.

PR: Art has kind have been my biggest passion since I was a toddler. When I found out I got into YES Abroad I was really bummed because I thought it was not going to be a part of my life that was compatible with studying abroad. I would bring a sketchbook and I would doodle, but I wouldn’t be able to do art. I wouldn't have the corner of my room where all my paintings are and stuff like that.

I was really bummed about that, but it was a sacrifice that I was willing to make.

But when I got to Amman, I was really shocked and pleased to find out that it actually has a large, bustling art scene with a lot of awesome, young, cool, creative people doing really interesting things. 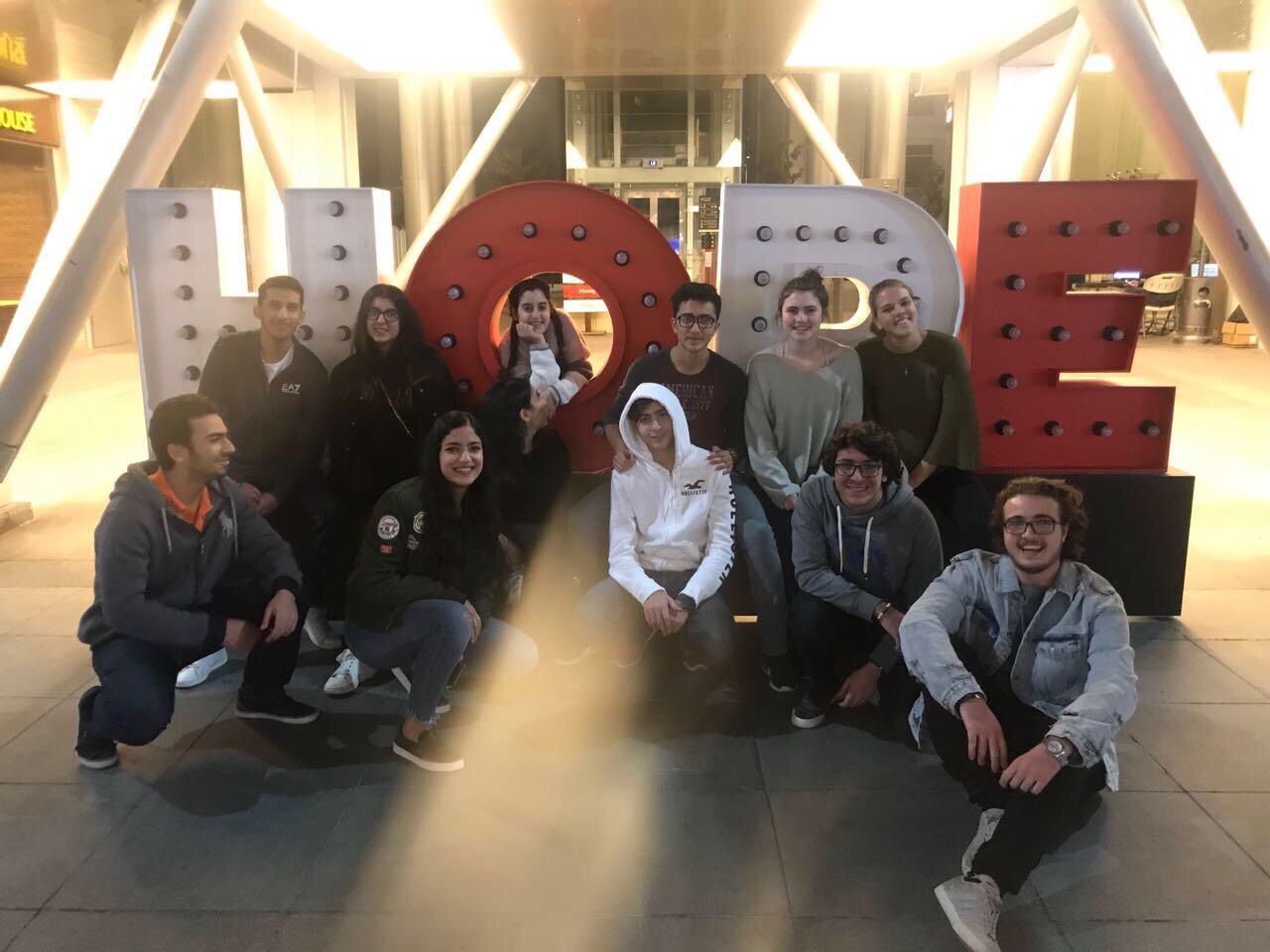 Tapping into the art community in Amman took time.

PR: I started going to events and trying to network. For the first three months, I was too nervous to ever talk to anyone, but then someone once came up to me and was like, 'I think I've seen you around' and I just started to get to meet people. 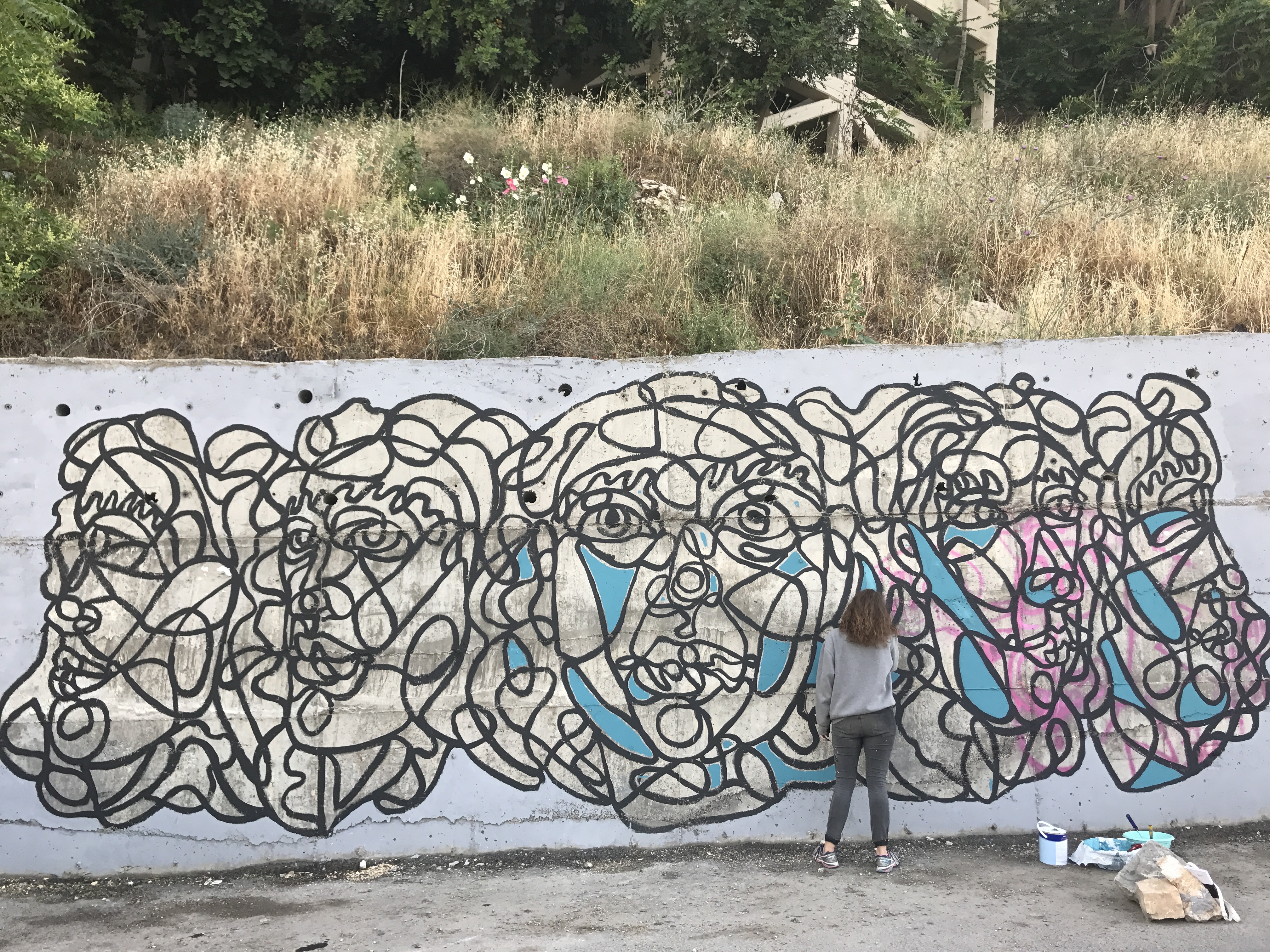 Once she connected to the art scene, it became an integral part of her experience in Jordan. She was part of a comic book anthology, a temporary mural installation at the mall, and perhaps most memorably, she was selected to create a portion of a mural in the downtown area.

PR: [The mural] hopefully will be there until I can find my way back to see it again.

It feels surreal, honestly. What everyone said was, ‘When you leave Jordan, you’re going to have a piece of you in Jordan.’ And it’s true. That was a really long week of me painting eight hours a day. After I had my exams in school I immediately got a cab and went downtown and just painted for eight hours straight. I really put like, my sweat and my tears and my hard work into it and it's going to be there, assuming the owner doesn't knock it down, forever.

It definitely feels good to know that I know that I was in Jordan, and now Amman kind of knows it too. 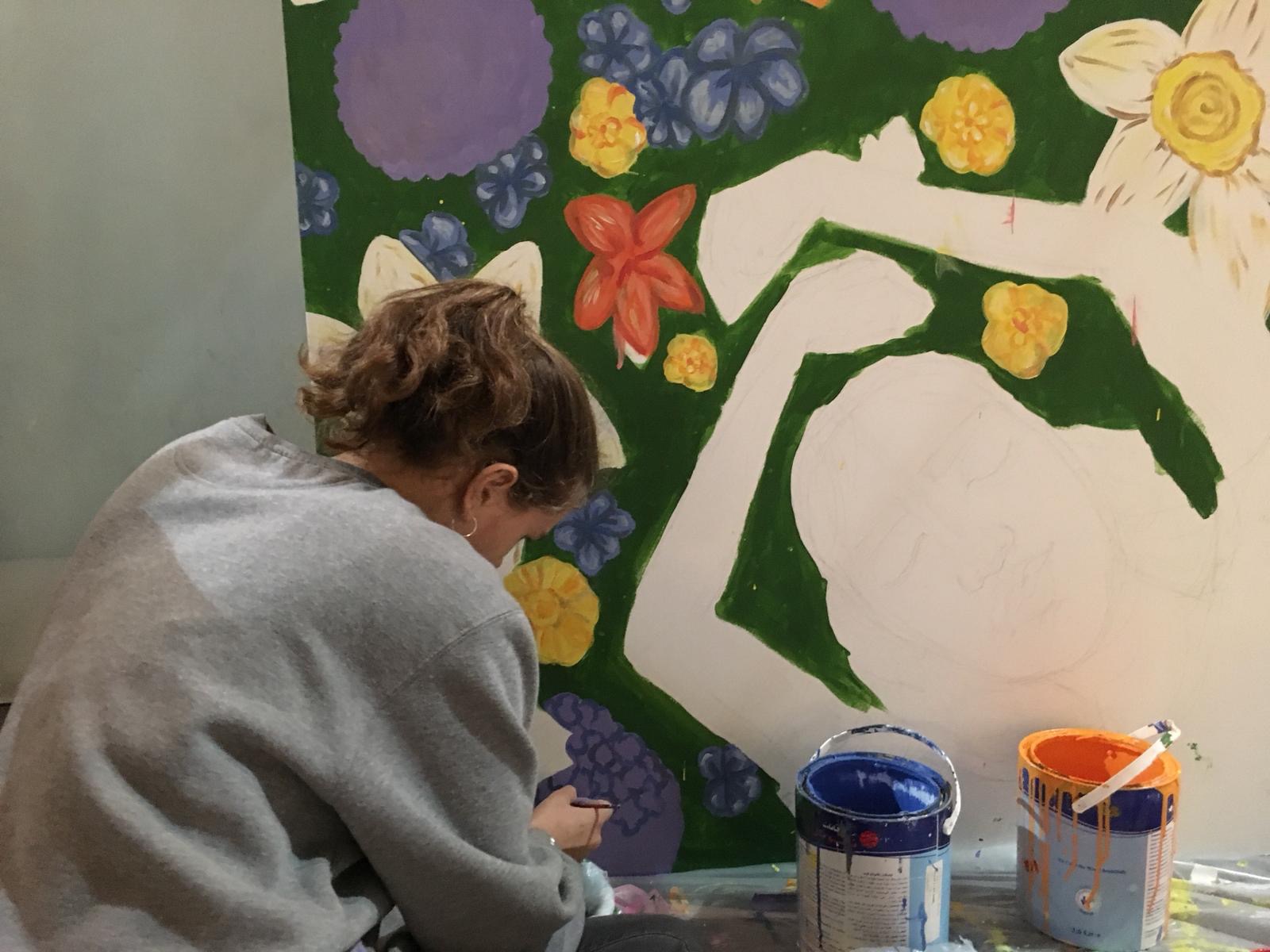 The YES Abroad program is focused on cultural exchange, so while students have a chance to study local language, it isn’t the main aim of the program.

PR: I kind of came in thinking...I'm going to Jordan. I'm going to be fluent in Arabic. I'm going to do all this stuff to get to this really visible achievement of learning a language. But when I got there I found out that there are other achievements you can make that are just as valuable. The connections you build – that do require some language skills, but don’t require fluency. The relationships you make; the people that you learn to love and that you leave caring about. That in itself is something that I’m as proud of as my Arabic skills. 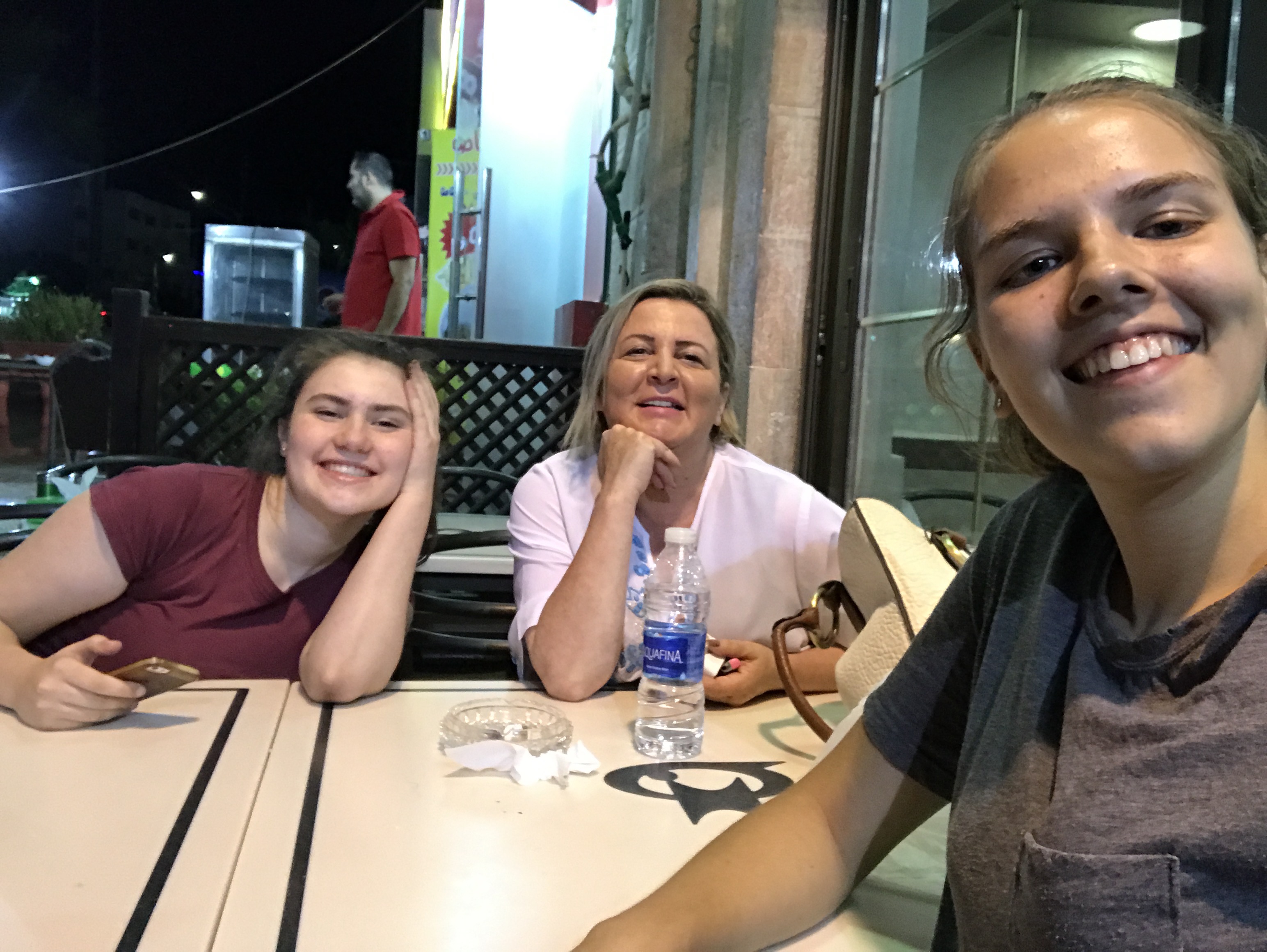 She tried to quiet the voice inside that said a 16-year-old American in another country couldn’t do those things and instead, embrace the opportunities available.

PR: The thing about YES Abroad is I had my plane ticket home. I knew exactly the time that I was leaving and I knew that I might never come back. It’s such a finite experience that every day I really tried to push myself to do the most that I could.

That's something I'm totally taking back home with me...It definitely taught me to put things in perspective and just try because life is short, and exchange is short.

And while she was pushing herself to get involved and volunteer and connect with other artists, like her participation in the Jobedu sketchbook exhibit, she realized some about her passion and herself.

PR: A year ago if someone called me an artist I would be like, ‘I’m not an artist, I just like to draw.’ because I felt like there was a lot of pressure that came with that term. I always told people I was never going to go to art school because I didn't want to be an artist. I think it made me feel safer, not actually admitting it to myself.

But when I was in Jordan and I was having bad days, I really realized that art is so important to me. It makes me feel better. It makes me happy. It just fills my life with more joy.

Being in Jordan really made me decide that I want to study art and try to do something with that, or at least make it a part of my life to the fullest.

About the YES Abroad Program
The YES Abroad Program, sponsored by the US Department of State, offers American high school students and recent graduates scholarships to study for one academic year in select countries with significant Muslim populations.

YES Abroad students serve as youth ambassadors of the United States, promoting mutual understanding by forming lasting relationships with their host families and communities. Participants live with a host family, attend a local high school, acquire leadership skills, and engage in activities to learn about the host country's society and values; they also help educate others about American society and values.