Why Study a Foreign Language When the Rest of the World is Learning English? 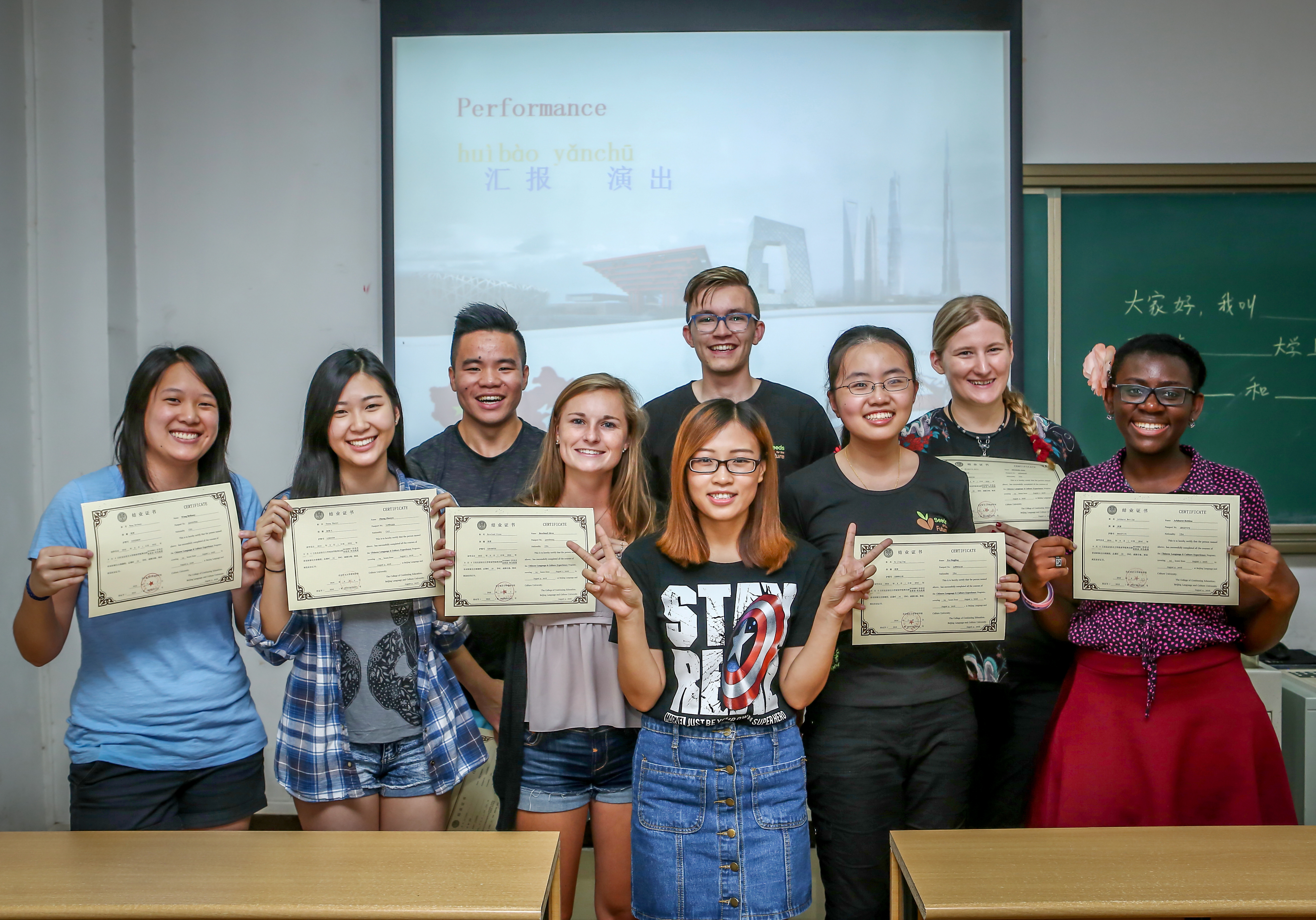 Most discussions of why Americans need to study Russian, or any other world language, understandably begin with a recognition of the demands of the 21st-century global economy, of US international security concerns, and may go on to include acknowledgment of the cognitive benefits of bilingualism and the increasingly multilingual nature of US society today.

But the issue of foreign language study for Americans is as old as America itself: in 1781, in the final days of the American Revolution, John Adams, John Hancock, James Bowdoin, and Samuel Adams established the American Academy of Arts and Sciences "to cultivate every art and science which may tend to advance the interest, honor, dignity, and happiness of a free, independent and virtuous people."

In establishing an "intellectual agenda for the new nation," the founding fathers focused, characteristically, on practical issues to encourage "scientific discovery, expansion of commerce, and the encouragement of productive civic life." And the fields they identified were mathematics and astronomy, vegetation and mineralogy, medicine and history, and the study of language.

The founders understood that the study of language in the US was a complex and varied endeavor, so much so that they determined not to establish an official state language for the new nation. They supported inquiries into what they referred to as the "rationale, genius and idiom of the English language."

The founders encouraged examinations of Native American languages and linguistics more generally, and they believed that an "appreciation of the plurality of languages would improve communication domestically and internationally, and help the new nation understand its place in a changing world." (AAAS Archive, 1781, cited in the Report, iii-iv.)

Over the past 236 years, however, the US has failed to attend to the advancement of language study with anything approaching the levels of policy attention and financial investment afforded the other critical fields identified by the founding fathers. That neglect and the current sense of urgency surrounding US national capacities in language led to a bipartisan Congressional request to the Academy to establish the Commission on Languages.

The final Commission Report has now been delivered to Congress and presents current research findings: Why is language important for Americans today?

The Report references to five white papers commissioned by the Academy that present "state-of-the-art" research and policy recommendations on each of the five pillars of the report and its findings:

According to the 2015 US Census, 65.3 million Americans over the age of four (i.e., approx. 21 percent) speak a language other than English at home. If one focuses on the large urban areas like New York, Los Angeles, or Chicago, the percentage of students in the public schools for whom English is a second language now constitutes 42-44 percent of the total K-12 student body.

And yet, despite all these clear demand signals from government, business, and across American society, our nation's ability to accept language study as a national priority is still exceedingly low. For example, only one American school child in five has access to the study of a foreign language in K-12, and that number has actually dropped slightly over the past decade, due, we are told, to districts' previous efforts to comply with other requirements of No Child Left Behind.

Furthermore, America's growing national security and global competitiveness needs could be addressed, in part, by drawing on the heritage language resources of our own population, that includes, in addition to Spanish and Portuguese, large numbers of educated speakers of Arabic, Chinese, Hindi, Japanese, Korean, Persian, Russian, Turkish, Swahili, and Urdu, all of which are deemed critical by our government. But the reality is that few of our heritage families succeed in preserving their home language, even in incomplete spoken forms, beyond the 2nd or 3rd generation.

As one member of the Commission asked:

Does America have to be the place where languages go to die?

In the absence of a national policy on language learning, the US has been left instead with what might be called a crisis-driven approach to language study. The nation invested seriously in Russian studies during the Cold War era, only to abandon that investment in the years that followed. With the collapse of the Soviet Union in December of 1991, Russian was suddenly seen as no longer necessary, and besides, some said, we won!

But now, in the wake of the annexation of the Crimea, the conflict in Eastern Ukraine, and the re-assertion of Russian military influence in the Middle East and elsewhere, our government and countless government contractors are again seeking to fill Russian language and area designated positions across agencies and fields. The only question is: Where does the federal government go to find substantial numbers of new Russian-speaking experts, years after having pulled the plug on most major federal support for the field?

In fact, some US experts attribute the current exceptional ebb in US-Russian diplomatic relations to the lack of an adequate "backbench" of Russian/Eurasian experts among senior policy-making units assigned to oversee US-Russian relations over the past 10-15 years. So, what does the Academy Commission recommend be done to bring about a change in this situation?

"A wiser, more forward-thinking strategy," writes the Academy, "would be to steadily improve access to as many languages as possible for people of every age, ethnicity, and socio-economic background to treat language education as a persistent, national need like competency in math or English, and to ensure that a useful level of proficiency is within every student's reach."

The Commission goes on to make four specific recommendations to decision-makers at all levels of the US educational system on how this goal might be achieved:

First, increase the number of language teachers so that every child (rather than one in five) in every state has the opportunity to learn a language other than English. Currently, the availability of access to FL instruction in US public schools correlates with the district's zip code and median household income. The study takes particular note of the positive impact of Dual Language Immersion programs in many districts.

Second, support public-private partnerships to strengthen FL language learning experience in our public education system. Foundations, heritage communities, social organizations, and corporations all have a role to play in helping our children experience other cultures and languages through after-school programs, school visits, site visits, and provision of resources.

Finally, expand opportunities for language and cultural immersion through study abroad, which contributes dramatically not only to gains in L2 proficiency but also to the kinds of intercultural skills that are now widely recognized as essential for success in the global labor force.

It should go without saying that the English language is most certainly not threatened by the implementation of these recommendations. The simple fact in today's world is that English has become a lingua franca of international business and communication. For the rising four billion-member middle class around the world, knowing English is synonymous with having a future beyond one's home village or town, of getting ahead in the world.

Fifty years ago, we Anglophones had a real advantage in things international.

Everyone else was learning our language; so, the logic went, we needn't bother to learn theirs. (I will resist commenting on the thinly-veiled post-colonial mindset embedded in that narrative, but it is akin to the prejudice of low expectations that has informed world language education in this country for many years.)

Today's situation is much more complicated than the early decades of "International English," which tended to privilege any speaker of English in business and international negotiations at the expense of other languages.

Whether the context is within international business, diplomacy, social service, or research, the evidence is very clear that speech interactions are critical for developing trust and a shared sense of vision among partners, team members, or international collaborators. Interactions are also vital for sharing knowledge across sites within the same organization.

In today's era of massive transnational flows of labor, talent, and ideas, multilingualism, dynamic diglossia, and cultural hybridity, one language is not enough. And if English is all that you have, it is you who will require systematic accommodation by your multilingual partners, especially whenever conversations revert to personal interactions, shift gears to informal register, or when there is simply a need to develop or reinforce a sense of rapport and mutual understanding with any interlocutor.

When international teams shift easily in and out of English to exchange comments, consider their next strategy, or just share an old anecdote in their native language, it is the monolingual at the table who is left out of the conversation. And the economic costs of being left out of those conversations is already exceedingly high for US business and our nation's overall ability to engage around the world.

The American Academy Commission Report spells out these national needs without ever slipping into the rhetoric of "woe is me." The Report's primary goal is to make positive recommendations for policymakers, based on current best practices in the US, as evidenced by successful innovation in different parts of the country and across K-16, ranging from STARTALK and Dual Language Immersion in K-12 to NSLI-Y, CLS, and the Flagship Programs in higher education.

The Commission Report contains much that can be used in advocating efforts for the foreign language field. Let's remain in the conversation.

About Dan E. Davidson
Dr. Dan E. Davidson holds a Ph.D. in Slavic Languages from Harvard University and is the author or editor of 44 books and 60 articles in the fields of language, culture, and educational development, including a major 20-year longitudinal study of adult Second Language Acquisition (SLA). He has focused much of his professional life supporting international initiatives in educational development, training, and research, primarily through the work of American Councils and its partner organizations in the US, Africa, Asia, Eurasia, and the Middle East.

Since 1974, American Councils has become a premier educational and international nonprofit, designing and implementing large-scale US and foreign government-funded exchanges and fellowships, as well as major initiatives in research, and programs funded by private foundations and donors. A professor emeritus at Bryn Mawr College, Dr. Davidson served as founding president and CEO of American Councils for International Education from its inception until July 2017.

Footnotes
1 America's Languages: Investing in Language Education for the 21st Century. A Report of the American Academy of Arts and Sciences Commission on Language Learning in the US, AAAS, Cambridge, MA, 2017, iii.

4 The August 29, 2017 issue of Harvard Business Review, Tsedal Neeley reports on a five-year longitudinal study of the transformation of a major global e-commerce firm, which makes clear just how critical language and intercultural development are for all those who expect to participate in the global economy, "How to Successfully Work Across Countries, Languages, and Cultures."