Hosting the Vice-Chancellor of the State University of Zanzibar 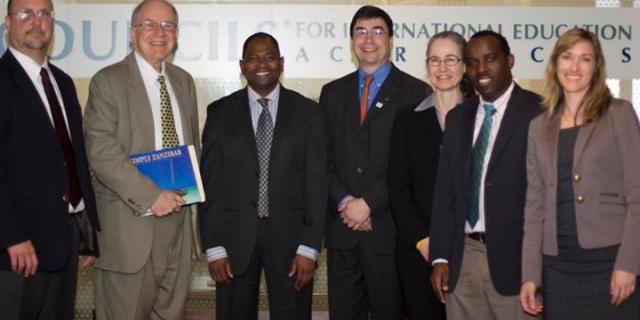 WASHINGTON — From April 18-28, American Councils for International Education hosted Idris Rai, PhD, the newly appointed vice-chancellor of the State University of Zanzibar (SUZA) in Tanzania during his visit to the United States.

SUZA is the principal African institutional partner for the overseas portion of the Swahili Language Flagship program and African Language Initiative, in cooperation with Indiana University, DLNSEO, and American Councils for International Education.

After acquiring an advanced level of proficiency, students spend an academic year abroad on the Swahili Overseas Flagship Program in Zanzibar, Tanzania, where they receive superior-level language training in an immersion setting, and experience the rich African culture firsthand through homestays with Swahili-speaking families. Students take classes in Swahili and in their area of specialization at SUZA during the fall semester and then intern with local organizations during the spring semester. The overseas component of the program, run by American Councils for International Education, is supplemented with discourse development, individualized tutorials, and biweekly excursions.