The Teacher Becomes the Student

Almost all of the students who packed their bags for American Councils’ Politics and Public Diplomacy in Contemporary Russia program in 2018 were just that: students. All except Samantha Williams.

Unlike the rest of her cohort, Ms. Williams was used to grading finals rather than studying for them. As an English teacher who primarily works with immigrants, she was motivated to study abroad in Russia to better understand the culture of her students and better relate to them when she returned to the classroom in the fall.

But there was another reason she wanted to go abroad.

“I never had a chance to go abroad during college, so getting out of North America for the first time was exhilarating,” she said.

She started learning about Russian language and culture like many do, with Russian literature, eventually finding a tutor in her area to begin learning the language. Since she had not gone abroad in college, this wasn’t just a chance to explore her students’ culture, but an opportunity to see the world. 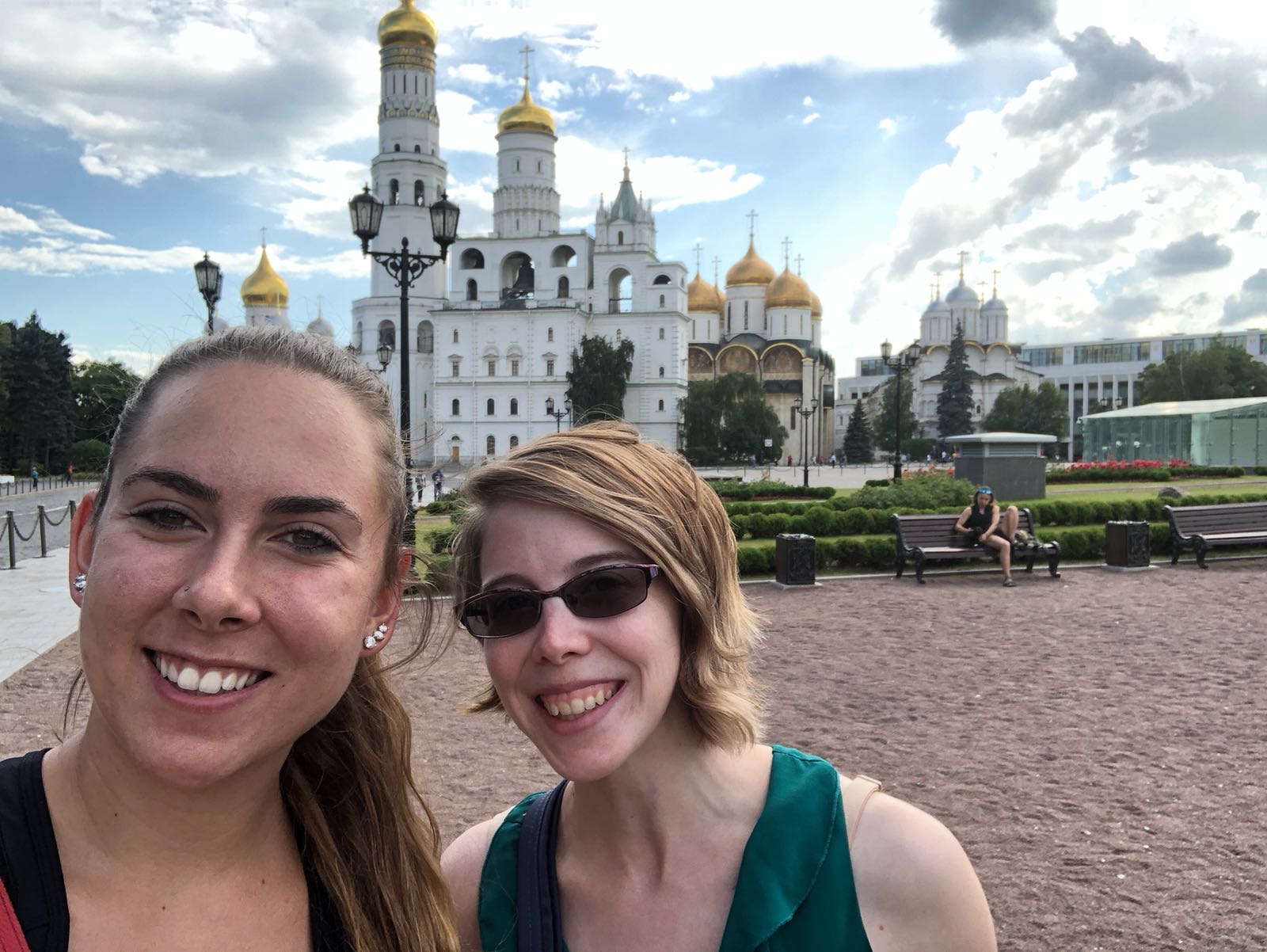 As an education professional, her experience abroad differed from her younger peers.

“In some ways, [being a teacher] made me drink in the experience a bit more,” she said. “Not all the families I work with are from urban Russia, but observing mannerisms and talking with professors and other Russians helped me better understand the mentality of the parents I come into contact with.”

However, Ms. Williams’ position as a non-traditional student wasn’t without challenges. Feeling connected to participants was sometimes difficult because of the difference in experience and age.

“When I got my acceptance from American Councils, I fluctuated between elation and minor dismay,” she said.

“My biggest challenge, quite honestly, was connecting with the others in the program. They were all younger than me and still in college. However, I had a great language partner my age and met other Russians who were a bit older. In the end, I ended up connecting with my roommates. We joke that I became the ‘mom’ of the group.”

Another difficulty she faced was one that many program participants know very well – the language barrier. Being immersed in another language overseas was difficult at first, but her conversation partner proved to be a good resource for helping her understand aspects of the culture outside of the classroom. She realized that she was experiencing the same nervousness that her students in America faced on a daily basis.

Once Ms. Williams returned, she fully realized the benefits that her experience abroad had provided. She had embarked on this journey to connect more deeply with her students and the communities from which they hail, but Ms. Williams also found herself applying her cultural knowledge to her working relations with other teachers and colleagues.

“More than anything, working with my coworkers who are from Russia is more straightforward than before,” she said. “When other [American] coworkers lament what they might see as confrontational or cold behavior, I understand why they might think that, but I also find myself interacting with my Russian coworkers more directly. The directness of my interactions is actually making it into all my interactions with coworkers, which is a skill I believe everyone needs in the workplace.”

More importantly, she has developed stronger relationships with her Russian-speaking students, who have become warmer towards her.

“Showing true interest in their heritage has provided a level of trust that may not have been there otherwise,” she said.

“Just do it,” she said. “Don’t be afraid to be the only professional on the program. Go for you, gain perspective, and hone some skills.”

Alexandra Stepanov was a spring intern at American Councils for International Education, whose work included supporting the processes of the Advanced Russian Language and Area Studies Program. While she has not traveled to Russia, she is a master’s student of international higher education and is passionate about all aspects of international education. Her experiences abroad include volunteering and studying in Italy, Spain, and Vietnam.